Einstein says of this moment, “After seven years of reflection in vain the solution came to me suddenly with the thought that our concepts and laws of space and time can only claim validity insofar as they stand in a clear relation to our experience, and that experience could very well lead to the alteration of these concepts and laws.”
Some of history’s greatest discoveries and inventions were the result of intense periods of obsessive concentration on work followed by a period of exhaustion and then rest. The historical record is filled with many examples of how, during periods of rest, scientists were guided by spontaneous intuitions, unconscious flashes of light and sudden leaps of imagination which they themselves were at a loss to explain. 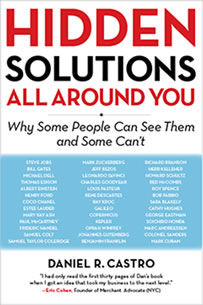